Spinel is one of the newest gemstones gaining its deserved fame in the market. There are no known treatments for this stone or any other Spinel. It has been around for thousand of years but until recently it was not correctly identified. In the past, before the arrival of modern science, spinel and ruby were equally known as ruby. After the 18th century the word ruby was only used for the red gem variety of the mineral corundum and the word spinel came to be used. Spinel is the new birthstone of August and it naturally comes in all colors of the spectrum. its name comes from Latin “spina” (arrow). And Balas ruby is an old name for the rose-tinted variety. “Balas” is derived from Balascia, the ancient name for Badakhshan, a region in central Asia situated in the upper valley of the Panj River, one of the principal tributaries of the Oxus River; Mines in the Badakhshan region (the Pamir Mountains of Himalayas) located in current Afghanistan and Tajikistan which has been for centuries the main source for top red and pink Spinel Spinel crystallizes in the isometric system; common crystal forms are octahedron, usually twinned with a hardness of 8 on Moh’s scale. Spinel gemstones are usually found in the same deposits as Ruby and Sapphire. Since these gemstones look almost identical they were mostly confused with each other. Some spinel are among the most famous gemstones: among them are the Black Prince’s Ruby and the “Timur ruby” in the British Crown Jewels, and the “Côte de Bret ... he “Côte de Bretagne”, formerly from the French Crown jewels. Not before long these gems were believed to be ruby! The Samarian Spinel is the largest known spinel in the world, weighing 500 carats (100 g). When buying Spinel gemstones, look for stones that are clean and well cut. The most common inclusions inside Spinel gemstones are actually tiny little octahedron Spinel crystals. 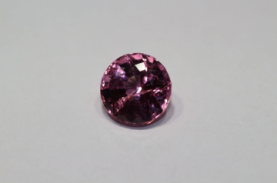 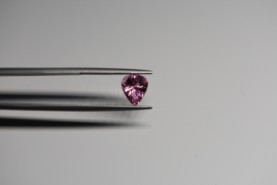 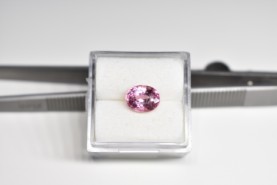 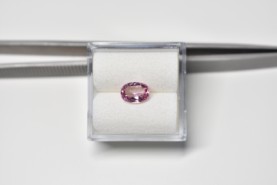 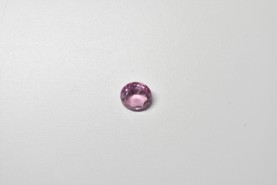